Academic life as a student in the University of Tokyo PEAK program comprises itself of a close school community experience that is generally separated from their April-entry counterparts. However, this should not discourage students from stepping beyond the social boundaries of their academic colleagues. Plenty of opportunities await prospective PEAK students both inside and outside of the classroom to expand their social spheres for a vibrant school life at UTokyo. 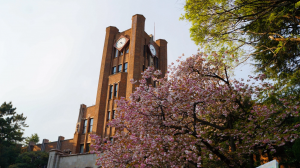 Launched in 2012, the Programs in English at Komaba (PEAK) at the University of Tokyo strives to attract talented young students from all over the world for the creation of a more diverse and internationally conscious campus. Divided into two courses, Japan in East Asia (JEA) and Environmental Sciences (ES), PEAK is comprised of student cohorts totaling 20-30 per year level across a 4-year program.

But what do these acronyms and numbers actually mean for prospective students? Owing to its small scale, there is an underlying issue in which prospective students know little about PEAK minus the bureaucratic descriptions and figures offered on the official website. One aspect that cannot be gauged from preliminary research alone is the one surrounding student life from a social perspective, and there is a severe vacuum of information when it comes to this aspect – especially for a small program like PEAK.

Thus, it is the intention of this article to address the unwritten ,unpublished social intricacies that characterize student life in the program. Told from the firsthand account of a current second-year PEAK student, the contents are inevitably victim to the author’s valuations of what they wished they knew before enrolling. Nonetheless, the following paragraphs should offer the much-needed social insight to better guide the decisions of prospective students. Owing to the aforementioned compactness of the student body, the student community at PEAK is very tightly knit. Whether they belong to either JEA or ES, PEAK students are likely to live in the same dorm and attend the same classes as their contemporaries in a limited pool of people.

This centripetal force is driven primarily by the relatively narrow selection of classes taught in English, resulting in PEAK students seeing many familiar faces in class. This may betray the traditional image one may have towards a university class being a giant lecture hall filled with strangers, and students may either love or loathe this proximity with both their professors and peers.

PEAK students are neither systematically forbidden nor socially discouraged from enrolling in the same classes as Japanese April entry students. Rather, the tendency of confinement to the limited selection of English classes is a result of the language barrier. The already challenging content of these Japanese courses is compounded in difficulty, in the frequent case that the student’s understanding of the language is less than fluent.

Outside of Class – Extracurricular Activities

The relative social separation of PEAK students from the rest of the university reaches outside of the classroom as well. Extracurricular interactions in Japanese universities consist mainly of casual “circles” (サークル) and the more committed athletic club activities (部活) that house the university’s varsity teams. Unless one is willing to participate in these commitments despite the potential language barrier, they are likely to tightly confine their social environment to their colleagues in PEAK.

However, it is noteworthy that at least 50% of the current PEAK second year students belong to at least one circle or club activity, and the general consensus among them is that their Japanese peers tend to be tolerant and welcoming. The rich variety of circles and clubs ensures that students can find like-minded peers for any interest or hobby; let it be American football, fanfiction writing, robotics or classical music.

In short, life as a PEAK student provides an assortment of enriching encounters so long as they are willing to reach out for them. The closeness of the PEAK community inside and outside of class can be seen as both a stuffy confinement and a tender intimacy. Regardless, with all else that the school has to place on the table, it is ultimately up to each student to take control of and shape their university life in their image.