Learning Japanese is difficult. So, how do you start learning Japanese from nothing? This article summarises tips that you can use while you go on to master Japanese as a foreign language.

My Japanese skills before arriving in Japan

I joined Tohoku University in 2015 right after completing my high school in India. Before that, I did not know Japanese. I did not even know the writing systems of “hiragana” (ひらがな) and “Katakana” (カタカナ) in Japanese. I started learning the language only after arrival in Japan.

How did I start learning and which books did I refer to?

At Tohoku University; under my program (Advanced Molecular Chemistry), it is compulsory to study Japanese for the first three semesters. The Japanese class is usually held for 4-5 times a week. The curriculum aims to impart proficiency levels of JLPT N3 by the end of three semesters.

I referred to the two parts of “Genki” textbook for my first two semesters. The language is lucid and is supported by sufficient English and exercise. The workbook helps practice grammar and Kanji. For the third semester, I referred to “Point 20” (ポイント20). This textbook has advanced grammar and is mostly in Japanese. These three books were part of the curriculum, and so they helped me with my studies. Learning any language only from classrooms usually doesn’t end up translating into practical skills. The textbook rules of grammar are always slightly different from the common usage of the language. In fact, please focus on the word itself and not on the rules of grammar because it may help you to learn the language much better.

How did I use the practical world for learning Japanese?

The easiest way for learning any language, and not just Japanese, is to use it frequently. I first started with trying to read all the characters in “hiragana” and “katakana” which I encountered while walking around the city even though I did not understand the meaning. It helped me in increasing my speed of reading.

One of the most significant methods that worked for me was when I started working for my circle. It was an English newspaper circle, but since the administrative work such as writing annual reports, contacting secretaries for interviews, etc. required Japanese, I learned most of it from there. 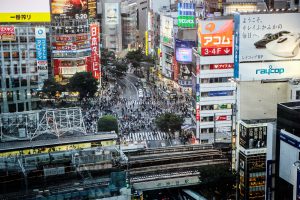 It is essential that you participate in social events with Japanese people. This could include partying with your friends or laboratory members too. Such events help you in listening to more Japanese and pick up new phrases, usage or learn more words. These events also provide you opportunities to speak in Japanese which acts as a practice.

What opportunities does Japanese language open up?

It is true that Japanese has limited usage outside Japan, but it opens up a plethora of opportunities in Japan and also strengthens your personality as you will know one additional language.

Japanese especially helps in communicating with society outside the university. It will assist in making you feel like a member of the larger Japanese society. This integration also translates into more collaborative opportunities. For example, you can organize new events and experiences for the people in your university or town with your newly acquired Japanese skills and international knowledge.

Finally, Japanese skills put you at an advantage during job-hunting because it will make you a bilingual or a multilingual candidate. This goes to add value to your personality.

Is it necessary to know Kanji?

In the beginning, “Kanji” (漢字) doesn’t seem to be important. In fact, you can have Japanese conversational skills easily without knowing any “kanji.” Being said that, “kanji” will help you in getting a grasp of more things happening around you. It will aid you in performing administrative work and continue official work in Japanese at ease.

Conversational Japanese is what you learn at a primary stage. Academic Japanese, on the other hand, is extremely specialized in your area of interest. The only way to learn academic Japanese is by listening to your professor on what terms he/she uses for their English equivalents.

Academic Japanese also includes the usage of complex “kanji” characters. Hence, it is only practice and time that can make you used to it.

How not to forget the language when you go back home

Language can be easily learned in certain environments. Back in India, there is no opportunity for me to use Japanese. Hence, I always keep reading some Japanese in the form of children’s’ stories or simple e-mails. I also keep on listening to Japanese songs or watch my favorite Japanese shows online. This helps me in keeping in touch with the language in spite of the four other languages I have to use in daily life when I am in India.

Trishit Banerjee
A senior year undergraduate student of Advanced Molecular Chemistry at Tohoku University who loves to read, write poems and travel around Japan to find the best An (Sweet Red Bean)