“Bukatsu” is a very common term used by Japan...

“Bukatsu” is a very common term used by Japanese students meaning “club activities”, and is used when talking about a school’s student-run extracurricular groups and the culture surrounding them.

One of the most prominent characteristics of bukatsu is the rigorous commitment required of students who decide to devote themselves to a club of interest. Bukatsu culture is usually associated with university-authorized student clubs that have been active for a long time. Students who enroll in bukatsu are encouraged to prioritize the university’s honor and undergo arduous training so as to represent the university when participating in competitions and games. Therefore, the demanding training schedule can range from several sessions a week, to taking place over a whole day beginning early in the morning. Moreover, the necessity to attend various competitions and festivals can take up a lot of weekend time.

Another trait that distinguishes bukatsu is the strict age-based hierarchy students must to conform to. Juniors (kohai) are expected to treat older members (senpai) with deference such as using polite language to show their respect to seniors as they are the leaders and provide guidance, whereas juniors are tasked with preparations and least desirable duties.

After hearing about such painstaking activities, you might wonder why students would want to participate in bukatsu. From a long-term perspective, business corporations associate students who have experienced bukatsu with valued qualities such as endurance and a willingness to put the group’s interest before themselves. These abilities are very beneficial in a Japanese office environment. On the other hand, some students view it as an opportunity to better commit to their interests and prove their value as a group member. In fact, bukatsu can be considered a direct reflection of Japanese corporate culture, using collectivism and compliance and as a way to help individual members of a group understand the hierarchical behavior required by adult life. 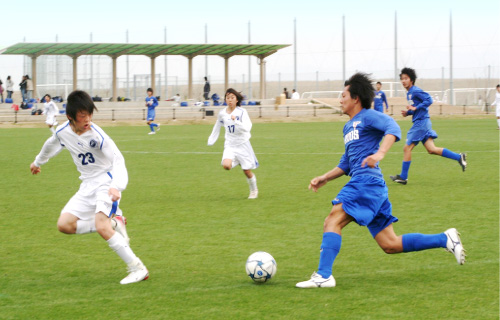 As a means to cultivate future leaders of society, the government introduced the concept of sports clubs in the 1870s, aiming to bring out the exceptional and strong qualities of students. Gradually, bukatsu was embraced by schools and became an obligation for students starting from middle and high school. The idea of social order is gradually embedded in the minds of students through these activities. Japan’s group-oriented society implies a long cultural tradition that is engrained deeply in society. One example of how deeply this is bound to Japanese society would be the application of the collectivist culture in Japan’s post-war turmoil. It was this group-oriented ideology that led to a rapid economic revival of the country and society’s subsequent solidarity. The cultural presence of bukatsu is a modern example of stability created through group activity within Japanese society.